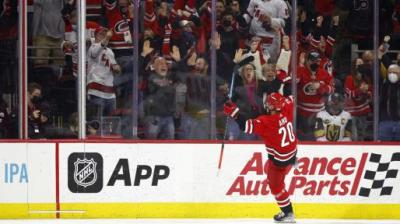 OLYMPIA, Wash.--(BUSINESS WIRE)--Hockey fans have 250 more reasons to cheer for goals made by the Kraken at each game. WSECU announced that as part of a broadcast sponsorship with ROOT SPORTS, it is donating $250 to the Boys & Girls Clubs of Washington State for every regular season goal made by the Seattle Kraken.


"We wanted to be a part of the excitement for our latest professional sports team," said Ann Flannigan, VP of Public Relations for WSECU. "Working with ROOT SPORTS allows us connect with the huge fan base the Kraken has already built and use that opportunity to give back to an organization that does incredible work supporting kids."

The Boys & Girls Clubs of Washington State make it their mission to enable all young people to reach their full potential as productive, caring, responsible citizens. They serve 75,000 participants at more than 150 locations across Washington.

WSECU has a history of partnership with individual Boys & Girls clubs, especially those in Thurston and Spokane Counties. This new, expanded relationship with the statewide organization will help provide even more support across the network of clubs to impact more kids, Flannigan added.

In addition to a donation-per-goal, the season-long sponsorship with ROOT SPORTS will include a new television commercial for the credit union, WSECU's first. It debuted in January, playing during Kraken games.

The Kraken average just under three goals per game prompting over $25,000 in donations from WSECU. Maintaining this average, the credit union estimates that Kraken goals will mean over $56,000 in donations for the Boys & Girls Clubs of Washington.