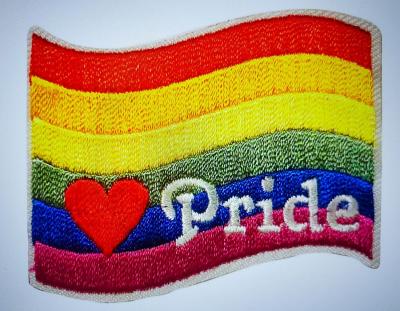 TACOMA - Jennifer Kopf is a lifelong Girl Scout. She began as a Brownie in second grade and continued on to become a Cadette in eighth grade. Three years ago, she became a volunteer.

"There are just so many things I learned that make me the woman I am today. For example, selling Girl Scout cookies taught me how to market, how to budget. I learned how to talk to people and develop skills, socializing and working as a team, and working toward a goal. That's how I paid for my summer camps at Girl Scouts."

However, Kopf's life took a new path when a family member came out as a member of Tacoma's lesbian, gay, bisexual, transgender, and queer (LGBTQ) community. From there, she joined several LGBTQ and allied groups on social media, where she read one account after another of youth and parents who said that they didn't fit in with the local social opportunities available to them.

"Girl Scouts has been a long part of my own history, and I just want to make sure that it's available to every child who wants to do it," she explained. "It's personal to me. I've got a family member who is in the community that I've supported through their own transition."

Kopf and her son Vinn, who will be co-leader, decided to start Troop 43130 to help give LGBTQ youth, the children of LGBTQ parents, and LGBTQ adult volunteers a safe space to feel welcome in scouting.

"Other than maybe some different pronouns that will be used, that's about the only difference that I foresee. All troops pick their own 'take action' projects of how to support their communities. So, if the troop decides that they want to help the Oasis Youth Center or the Rainbow Center or some other LGBTQ community group, then maybe that will be different. It doesn't mean that some other non-focused troop wouldn't do the same thing& I can't say, because it's girl-focused and it's girl-led. So, they'll decide how to move forward."

Kopf described the troop as Girls Scouts with an asterisk after the word "girl."

The Girl Scouts of Troop 43130 will also get a special Pride patch to adhere to their uniform.

How does a troop for the LGBTQ community and its allies meet during a pandemic? A troop open to any youth living in the council's territory? The challenge is not lost on Kopf.

"I'm trying to get the word out there, but without schools being in session and in person, it's very hard to get it in front of them, to bring their attention to it so that they can talk to their parents about joining," she said. "Anyone who can participate via Zoom - whether by camera or by phone call - is welcome to join the troop. Even people who struggle with Zoom, who want to be a part of the troop, are welcome. I can mail out packets of information about what badges we're working on, and they can continue to participate.

"Eventually, when we're able to start meeting in person again, they will have to decide if they want to join or start a troop in their area if they're too far away from a central meeting location, or if they're willing to come down once a month to meet with the entire troop. That's kind of a personal decision. However, we'll continue to meet virtually as a troop for the foreseeable future because everyone will have developed bonds and friendships."

The Girls Scouts of Western Washington have long been seen as a diverse and inclusive organization. A vision statement reads that the Girl Scouts "represents every race, ethnicity, income level, sexual orientation, ability, and religion; reflects a spectrum of gender identity; and connects across geographic locations" and by "focusing our attention on community members who are furthest from racial, economic, and social justice, Girl Scouts can be an instrument of change, promoting equitable outcomes for all." Likewise, the local council defines gender broadly, stating that it welcomes "children from across the gender spectrum: those who identify as transgender, agender, androgynous, etc., and those who are in transition or questioning their gender identity."

Last month, Megan Ferland, the CEO of Girl Scouts of Western Washington, posted to the website an "Action Plan for Promoting Diversity, Equity, and Inclusion" that outlined several initiatives to "grow as an anti-racist and anti-oppressive organization."

Kopf said this commitment diversity in the Girl Scouts is reinforced among its volunteers. "I believe that I'm supported and encouraged to train and educate myself and to find ways to break down any barriers that exist - for all cultures, all socioeconomic backgrounds," she said. "We want to make Girl Scouts available and accessible to everybody, to break down any kind of exclusion and/or racism that may have existed in the system."

Troop 43130 [held] its first Parents' Information Night via Zoom from 6 to 7 p.m. on Tuesday, March 9. Those interested in joining should contact Kathy Sullivan at ksullivan@GirlScoutsWW.org.

Reprinted from the Tacoma Weekly News