Jesse's Journal: My ethnic self 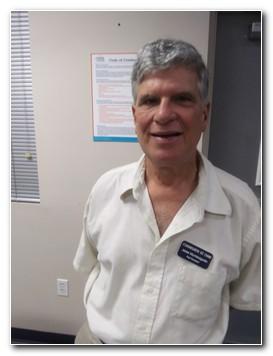 "You don't look Latin," people sometimes say to me when they learn about my background. "What does a Latin look like?," I reply, knowing full well what their answer might be. The fact is, to many Americans, Latinx people are mestizos with dark skins and curly black hair; in short, we are Brown.

This is because, in this country, people are divided into racial categories defined by color: African Americans are Black. Asian-Americans are yellow; Indigenous people are red; Caucasians are white, and Latinx are Brown. This presumes that Latinx people are a race, a hybrid of Indigenous, European, and African ancestries once referred to as La Raza (the Race). But people of Spanish descent whose ancestors lived in Central or South America or the Caribbean represent all races of humanity. Some of us are even white.

Not being Brown, except in the political sense of the word, I use other terms to describe my ethnicity. As a person with Spanish ancestry, except for a German grandfather, I am Hispanic. I am also born in Cuba, a Caribbean island, which makes me a Latino or Latinx.

Both Hispanic and Latinx are ethnic terms that encompass a variety of races. The United States Census Bureau uses Hispanic or Latinx to refer to "a person of Cuban, Mexican, Puerto Rican, South or Central American, or other Spanish culture or origin regardless of race" and states that Hispanics or Latinos can be of any race, any ancestry, any ethnicity. According to census reports, the largest number of Hispanics or Latinx people are "white," followed by "Native Americans," the indigenous people of the Americans. Others are Black, Asian, or even, thanks to Chile's rule over Easter Island (Rapa Nui), Pacific Islanders.

There is more to the debate over "Hispanic" versus "Latinx" than semantics. Whether people describe themselves as Hispanic or Latinx depends to a large extent on their country of origin, where they live, their race, their class, or even their politics. Many Hispanics are light-skinned people who live in the Sun Belt - Cubans in South Florida or Mexicans in the Rio Grande Valley - many of whom voted Republican in the last elections. Many of them are also middle-class - in aspiration if not reality - and have marital or romantic relationships with "Anglos," non-Hispanic whites. Self-described Latinx people, on the other hand, tend to be darker, poorer, and politically progressive: Chicanos in California or Puerto Ricans in New York. Of course, all this is gross generalization, which is almost inevitable when discussing racial or ethnic divisions.

As a Cuban-American of European descent who lives in South Florida, enjoys white privilege and a middle-class lifestyle, and who is socially and romantically attracted to "Anglos" (actually, Ashkenazi Jews), I appear to be Hispanic in every sense of the word except politics. Hispanic is my ethnicity. But Latinx is also my ethnicity, and I claim the right to use either or both terms to describe myself depending on the situation.

But what is my race? While some might come to their own conclusions by looking at me, I won't encourage them. I am a Cuban-American, a gay Jew, and part of the human race.