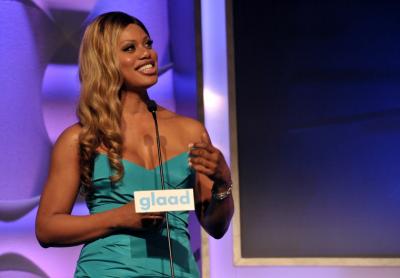 For a full list of nominees see glaad.org/mediaawards/nominees. Award recipients will be announced during a virtual ceremony scheduled for April 2021. The 32nd Annual GLAAD Media Awards nominees were published, released, or broadcast between January 1 and December 31, 2020.

Previously announced 2020 honors for Taylor Swift, Janet Mock, Ryan Murphy, and Judith Light will be handed out at a separate date. Murphy created, directed, produced and/or executive produced six nominees this year (The Prom, The Boys in the Band, Circus of Books, Hollywood, Ratched, 9-1-1: Lone Star).

"During an unprecedented year of crises and isolation, the nominees for the 32nd Annual GLAAD Media Awards reached LGBTQ people with powerful stories and inspired countless others around the world with bold looks at LGBTQ people and issues," said GLAAD president and CEO Sarah Kate Ellis. "As GLAAD continues to lead the fight for LGBTQ acceptance, this year's nominees remind us that even in times of political and cultural division, diverse LGBTQ representation and visibility can enlighten, entertain, and create lasting change."

In the midst of a long overdue social movement against racial and ethnic discrimination, several of the nominees at the 32nd Annual GLAAD Media Awards include powerful and impactful stories about LGBTQ people of color. Those nominees include: Ma Rainey's Black Bottom, The Prom, The Craft: Legacy, Twenties, 9-1-1: Lone Star, Love, Victor, Superstore, Star Trek: Discovery, Vida, Sex Education, P-Valley, I May Destroy You, The Half of It, Monsoon, Lingua Franca, The Boys in the Band, I Carry You With Me, Kajillionaire, The Wilds, Supergirl, Big Mouth, Dead to Me, Everything's Gonna Be Okay, Wynonna Earp, Dispatches from Elsewhere, Hollywood, Little Fires Everywhere, Legendary, Queer Eye, RuPaul's Drag Race, We're Here, TransGriot, and The Reckoning, among others.

A tip sheet with an additional breakdown of diversity as well as other facts and figures about this year's nominees is available at: www.glaad.org/releases.

GLAAD has also reinstated the Barbara Gittings Award for Excellence in LGBTQ Media, which honors a pioneering individual, group, or community media outlet that has made a significant contribution to the development of LGBTQ media. The award is named after Barbara Gittings in recognition of her groundbreaking work as editor of The Ladder, and for her appearances as an out lesbian on national news media throughout the 1970s and 1980s.

This year's recipient of the Barbara Gittings Award for Excellence in LGBTQ Media is Windy City Times, Chicago's pioneering LGBTQ news publication, established in 1985 by Jeff McCourt, Bob Bearden, Drew Badanish, and Tracy Baim. Born in the midst of the AIDS epidemic, Windy City Times and its team helped to counter the defamatory coverage of HIV and the LGBTQ community in mainstream media, and sought to amplify LGBTQ voices at a time when acceptance for the community was extremely low. Over the past 35 years, Windy City Times has been Chicago's main LGBTQ newspaper and has continued to be a leading voice for LGBTQ people and the issues.

GLAAD rewrites the script for LGBTQ acceptance. As a dynamic media force, GLAAD tackles tough issues to shape the narrative and provoke dialogue that leads to cultural change. GLAAD protects all that has been accomplished and creates a world where everyone can live the life they love. For more information, visit www.glaad.org or connect with GLAAD on Facebook and Twitter.