OP-ED: What if there's no place like home for the holidays? 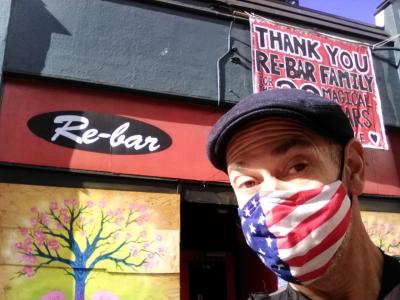 Oh, There's No Place Like Home For The Holidays! I'll Be Home For Christmas. Home Sweet Home.

From Homer's The Odyssey to Voltaire's Candide, from L. Frank Baum's The Wonderful Wizard of Oz to Steven Spielberg's E.T., the concept of Home - as an ideal destination, an inspirational goal, an impossible dream or an insurmountable quest - has informed our lore, our literature and our lives. Even in Baseball, where there are four bags In a diamond shape that the players must step on with their foot to score the points needed to win the game, has 1st, 2nd and 3rd Base; but 4th Base is called Home Plate.

Home On The Range. Home Is Where The Heart Is. The Land of the Free and The Home of the Brave.

Home itself is a loaded word, packed with feelings of nostalgia and normalcy, of family and familiarity, of safety and security, but most importantly: of shelter. In 1943, Abraham Maslow published his paper "A Theory of Human Motivation" in Psychological Review, presenting the first look at his eponymous theoretical ideas, "Maslow's Hierarchy of Need," which he would later go on to finesse and refine over the ensuing decades. The pyramid of abstracts used as both graphic illustration and metaphoric imagery details a list of the myriad things a human requires for a satisfying and fulfilling life, from the simplest and most basic necessities of survival at the bottom to more intellectual and spiritual pursuits at the top. One cannot find success in the upper echelons without the lower needs firmly and securely in place, and the two tiers at the pyramid's base are The Essentials: food, water, warmth, sex, security & shelter.

Home is also a catch-all term for places where certain things truly belong: family home, funeral home, convalescent home. It's that sense of belonging mixed with feelings of safety and security that roots Home in its raw emotional and instinctively primal place in our shared lexicon, hard-wired into our brains as a trigger to deeply personal memories that in turn serve as catalysts for key physiological responses, with specific corresponding chemical neurotransmitters that release into the nervous system. Like Parent, Patriot, or Piety, Home is more than a word, concept or meme. It's a Human Right.

Better Homes & Gardens. Gee, It's Good To Be Back Home Again. Gee, Your Home Smells Terrific!

Okay, I made that last one up. But it may as well have been an actual merchandise brand or advertising slogan, as Madison Avenue long ago discovered the effectiveness of certain terms used in cunning and clever ways to manipulate consumers through repetition and association. Home is particularly strong in its position in our minds, so much so that it has become a part of the so-called American Dream: that all individuals should aspire to have their own Home, whether it's a little white house with a picket fence, an elegant urban apartment with a penthouse view, or a suburban bungalow somewhere that's green.

Anywhere I Hang My Hat Is Home. Take Me Home, Country Road. Show Me The Way To Go Home.

It comes as no surprise then that society attaches such value and importance to the notion of Home that there is absolute intolerance for those who do not have one, whether by design or circumstance. In every Generalization there is Truth, and with that conceit I state from both personal observation and experience: Some people Hate The Homeless. It's not just a casual discomfort or odd benign annoyance, but an automatic, vehement, self-righteous and indignant disdain that borders on the pathological. These folks don't just dislike the Homeless, or distrust the Homeless, they loathe, detest and despise the Homeless.

In February 2019, I was living in a small community on the Russian River in Northern California, and one day - after five years living in the same studio during which, for the first and only time in my life, I had never once been late in paying rent - unrelenting torrential rains followed catastrophic forest fires in Sonoma County and the quaint town of Guerneville, founded in the 1800s and built on a flood plain, was ten feet underwater. My apartment, my furniture and many of my prized possessions and personal treasures were submerged in toxic sludge, and by an Act of God (a natural disaster, which the soon-to-be impeached President did not declare a Federal Emergency, to perhaps punish Blue State voters and ensure there would be no FEMA aid for 1000s of displaced Californians), I was instantly ... Homeless.

Ironically, it was maybe The Best Thing That Ever Happened To Me. For reasons I won't list here, I was miserable in Guerneville: sad, depressed, lonely, overweight, unhealthy, pseudo-celibate and suicidal. I had given up on Life and Love and Happiness and contemplated Ending It All every day.

Miraculously, I'd been granted a reprieve: Family, Friends and Fans helped me relocate to Seattle. Re-establishing myself in a familiar city after a 20-year absence - finding sufficient work, rebuilding a support network, creating A New Home - was a challenge. But Crisis Mode led to Crisis Thinking, and hastily jumping at seemingly ideal first offers led to a string of unhappy housing situations and a chain reaction of less-than-optimal life choices. In September 2020, after a series of miscommunications and irrational behavior by both parties involved, an illegal eviction left me once again Homeless. During the Winter of Our Latest Discontent. Amidst a Global Pandemic. Under Quarantine.

It is maybe The Second Best Thing That Ever Happened To Me. No, I'm not Homeless. I'm Home Free!