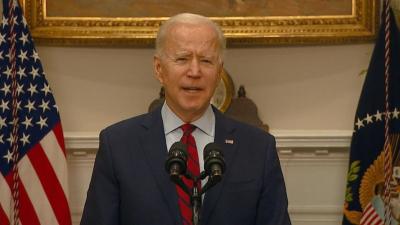 The House passed the $1.9 trillion American Rescue Plan Act on Saturday, aimed at providing relief from the coronavirus pandemic's impact.

The bill includes $1,400 stimulus checks for eligible Americans, $20 billion for vaccine distribution, and an extension of weekly federal unemployment benefits through August 29. Both houses of Congress are working to get the relief bill passed before current federal unemployment benefits expire on March 14. Those who didn't qualify for past stimulus checks may now receive this one, as 2020 tax returns are filed, and dependents age 17 and up will now qualify.

The bill was passed by a vote of 219-212. All House Republicans and two Democrats, Kurt Schrader (Ore.) and Jared Golden (Maine) voted against the bill.

Included in the House bill is a $15 federal minimum wage mandate that will not be included in Senate considerations because it did not meet budget standards, according to Senate Parliamentarian Elizabeth McDonough. Sen. Bernie Sanders (I-Vt.) has announced plans to include an amendment to the Senate bill mandating the wage hike, though it is unlikely to receive support from Senate Democrats or the White House. If passed, the legislation will also direct funds to state and local governments, including over $437 million to King County. Of that, Seattle would receive $239 million.

The Senate is expected to debate the bill this week, heeding President Biden's call for swift action. Pushback is expected from Senate Republicans, whose moderate members proposed a $618 billion package earlier in February. However support from Senate Republicans is not needed, if all Democrats vote in favor, because passing budget legislation only requires a 51-vote majority.

"Local communities throughout Washington and across our country have been hit hard during this unprecedented public health and economic crisis that has left millions of families struggling to put food on the table, keep the heat on, pay the rent, and withstand this devastation," Rep. Pramila Jayapal said in a statement Saturday. The legislation also includes Jayapal's Feeding Homeless Youth During COVID-19 Act, aimed at expanding food assistance to young adults experiencing homelessness.

"The COVID-19 pandemic has only worsened housing inequities that Tribal members were already facing," Sen. Murray tweeted on Monday. "$42+ million in federal funds will help invest in programs that provide Tribes with flexible resources to combat Indian Country's housing crisis."