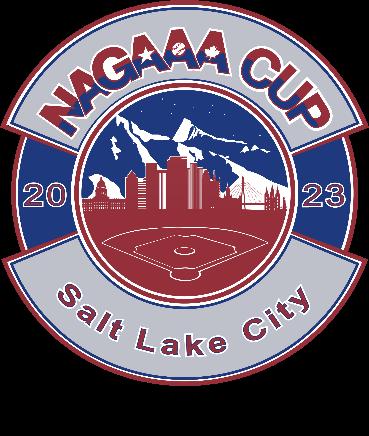 The top elite A and B division teams from NAGAAA organizations all over the United States and Canada will compete to determine the NAGAAA Cup Champions. The tournament also allows teams to qualify for the Gay Softball World Series. The games are open to the public and the entire community will be invited to cheer on the teams and join in a big party to bring the entire community together in support and unity.

Salt Lake was chosen by NAGAAA over other locations, not only for its natural beauty but because of the warm welcome extended by the entire culture. Salt Lake has an active and robust population that is excited to be involved in the event and organizers were impressed with how beautifully everyone here comes together.

"Salt Lake was the complete opposite of our expectations, we were so surprised at everyone's friendliness, and their loving, welcoming attitude of acceptance." said John Deffee, NAGAAA Commissioner. "This warm reception will be a big piece of our memory of our time here. With 45 years as an organization, we are built and founded on community. What started with a shared passion for softball turned into something much more profound. We change people's lives and allow them a safe place to unapologetically be themselves. And that's what we found in Salt Lake."

With more than 80 percent of NAGAAA's teams located on the West Coast, attendance is expected to be robust. With an estimated 1,100 attendees, NAGAAA is anticipated to have an estimated economic impact to the community of more than $1 million.

"We enjoy an open-minded, inclusive culture, where kind, open-hearted people embrace their differences and encourage new perspectives," said Clay Partain, managing director of Sports Salt Lake. "Hosting NAGAAA in Salt Lake is a perfect example of this. Here, progressive ideals, traditional roots and modern industries pull together to make a different, better way and we are excited to extend a warm welcome to them."

"We're proud to welcome the North American Gay Amateur Athletic Alliance to the NAGAAA Softball Cup here in Salt Lake City," said Tanya Hawkins, Co-CEO at the Utah Pride Center. "LGBTQ+ representation in athletics is critical to creating a safe and welcoming place at sporting events. In welcoming NAGAAA, we hope that every participant enjoys the competition and camaraderie on the field and takes the opportunity to enjoy one of the most LGBTQ+ affirming cities in America."

About NAGAAA: NAGAAA has provided a fun, safe, and competitive environment for LGBT athletes for 45 years. The organization is the governing body over all 47 member leagues across the United States and Canada. Over 125,000 athletes have participated in the NAGAAA World Series and NAGAAA Cups. Major League Baseball recently partnered with NAGAAA to highlight the