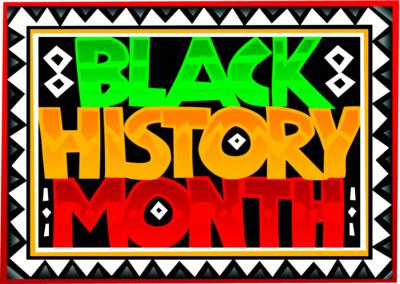 SEATTLE — In Seattle, the legacies and achievements of Black Seattleites have shaped the city's excellence in art, music, culture, business, science, civil rights and hospitality — among other industries.

Visit Seattle strives to honor these achievements in Seattle history and recognize the Black excellence that shines in Seattle today.

Below are just a few of the ways Seattle is celebrating in February:

Northwest African American Museum (NAAM): Join NAAM on Feb. 13 as they hold their monthly Interactive Storytime event. NAAM's YouTube channel will host a live-stream reading of "The ABCs of Black History" by Rio Cortez. Afterwards, they'll take you on an exciting virtual field trip to one of Seattle's local Black-owned businesses.

Seattle Rep: Discover the life of Fannie Lou Hamer in the Seattle Rep production of "Fannie: The Music and Life of Fannie Lou Hamer." Running through Feb. 13, this one-woman show with music tells the impassioned story of American civil rights activist and hero, Fannie Lou Hamer. From her humble origins as the daughter of a Mississippi sharecropper, to co-founding the Mississippi Freedom Democratic Party and demanding recognition at the National Democratic Convention, hers is a story of justice that will not be denied.

Museum of Pop Culture (MoPOP): MoPOP's "Contact High" exhibition explores four decades of photography, from the late 1970s to today, documenting a revolution not just in music, but in politics, race relations, fashion and culture. Through more than 170 iconic images of hip-hop's most influential artists (Missy Elliott, Jay-Z, Queen Latifah, Tupac and more) — including contact sheets that provide a rare glimpse into the creative process of a photo session — Contact High examines the evolution of hip-hop, connecting us with the experiences, identities and places that have shaped the world's most popular music genre.

Seattle Center: The Armory Stage at Seattle Center is hosting "A History Worth Preserving," an educational exhibit about the hundreds of Buffalo Soldiers who were stationed at Fort Lawton. This exhibit brings the compelling stories and history of Fort Lawton (what is now Discovery Park) to the Seattle community, while demonstrating why the preservation of Fort Lawton is essential to the historical narrative of Seattle and the U.S. The exhibit runs daily through Feb. 28. Learn about daily activities here.

The Moore Theater: STG Presents & PDX Jazz and KEXP will welcome Robert Glasper 'Black Radio' to The Moore Theater on Feb. 22. Glasper is the leader of a new sonic paradigm with a career that bridges musical and artistic genres. To date, he boasts four Grammy wins and nine nominations; and an Emmy Award for his song for Ava Duvernay's critically hailed documentary "13th" with Common and Karriem Riggins. Tickets and more information here.

Visit Seattle supports Black lives and amplifies their unique stories year-round. The organization's I Know a Place video series follows notable Seattleites on their ideal tours of the city. The campaign, which launched in Fall 2021, has featured prominent Black Seattleites in theater, music and sports.

Join Seattle-based stage actor and star of "Disney's Beauty and the Beast" Nicholas Japaul Bernard as he shows his best friend Siobhan his slice of the Emerald City.

Come along as Seattle musician SassyBlack shares her local favorites with her friend, artist Tyrell Shaw.