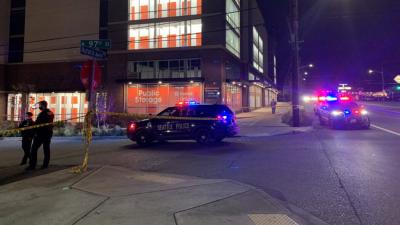 SEATTLE (Nov. 4) - Mayor Jenny A. Durkan issued on Oct. 29 an emergency order that provides $10k — $25k hiring bonuses to Seattle Police Officers and to 911 dispatchers at the Community Safety and Communications Center (CSCC). Within five days of declaring the new hiring incentive, the CSCC has seen a 10-fold increase in the number of applicants and inquiries for 911 dispatcher positions. More than 35 applications and inquiries have been received by the CSCC in the five days since the announcement.

"In Seattle, we recognize that our 911 dispatchers are the first, first responders taking hundreds of thousands of calls. When any resident or business calls the 911 emergency line, it is our dispatchers who are available 24/7 to answer calls. Thanks to these new hiring incentives, we are able to recruit and train more dedicated professionals to help residents in crisis and help to dispatch the right response. We are moving quickly to immediately recruit the best of the best to serve as 911 dispatchers in Seattle," said Mayor Jenny A. Durkan.

The CSCC currently has 30 vacancies for call taker and dispatcher positions and will reach authorized staffing levels once all 127 floor operation positions are filled. Of the 30 vacancies, 20 existed prior to the mandate that all City employees show proof of COVID19 vaccination, and 10 occurred as a result of the mandate. There are an additional 16 staff working at the CSCC in training and administrative positions and in the command staff roles, totaling 143 positions at the CSCC overall. The hiring incentive will focus on filling those 30 vacancies. The Seattle non-emergency line was moved to pre-recorded message last week due to critical staffing shortages at the CSCC.

Call takers and dispatchers who work at the CSCC answer calls from the public for help and are the first step in a critical chain of events that are often life or death situations. Most emergencies and other requests for other help — whether it be mental health issues, medical problems, fire and rescue incidents — start with a call to 911. Individuals working in this role must have skills and training to recognize and identify emergencies and match the best available resources to support or mitigate those incidents. Additionally, the CSCC supports responders who are working a problem in the field by providing radio dispatching. They serve as remote members of the response team, supporting officer safety and working to secure additional resources, while supporting information management needs.

"There are an overwhelming number of 911 call centers across the nation that are chronically understaffed, and Seattle is no different. With these hiring incentives, we can help to fill vacancies allowing us to improve our 911 call answer times, provide dedicated staff to answer the non-emergency line, and address employee stress and turnover rate by decreasing the amount of overtime needed to maintain performance levels," said Interim Director of the CSCC Chris Lombard. "By offering hiring bonuses commensurate with those being offered to police, the Mayor is valuing our 911 call takers and dispatchers as being a truly equal and important link in our City's public safety response."

For the last several years, the major 911 associations (NENA — National Emergency Number Association, and APCO — the Association of Public-Safety Communications Officials) have been advocating at the national and state levels to have 911 communications personnel recognized for their association with public safety instead of being statutorily associated with clerical staff.

As an industry, 911 is on the cusp of a series of profound changes from the days of strictly answering a phone call and talking with field units by radio. Initiatives like the advent of text-to-911 and Next Generation 911 (NG911) are positioned to make 911 call takers and dispatchers 'Information Management Officers' who will receive all manner of incoming information from varied sources, be expected to sort and manage that information, and then communicate the appropriate elements to those responding units best be able to mitigate given situations. The Mayor's proposed hiring bonuses recognize this shift in the importance of the 911 call taker and dispatcher roles.

Additional information regarding the open 911 dispatcher positions, to include hiring qualifications and benefits can be found online at: https://www.governmentjobs.com/careers/seattle.