MARK MY WORDS: Georgia on my mind 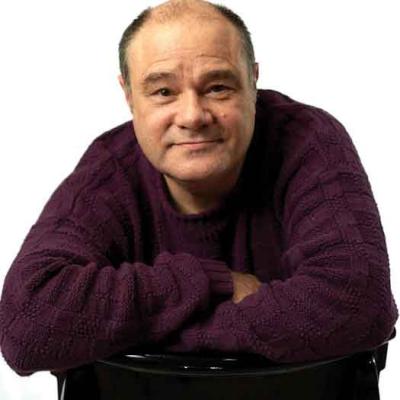 This column could be filled with the names of those in the LGBTQ community who expect or should be considered for position in the Biden/Harris administration. But there's something even more important at the moment that needs to be addressed. There are two runoff elections for the United States Senate in Georgia which will decide who controls the US Senate. The Democratic candidates in those elections are Jon Ossoff and Raphael Warnock. We need to elect both of them on January 5th.

At present, if we don't win those 2 races, Mitch McConnell will continue to control the Senate, and that means no Equality Act. Even though Joe Biden said he would sign the Equality Act in his first 100 days, the Senate has to pass it first. In fact almost none of the policies that Joe Biden and Kamala Harris campaigned on can become a reality. All that legislation would be blocked at Mitch McConnell's door. Literally, Mitch McConnell is standing in the doorway of full equality.

As all those TV commercials say, that's not all you get with Mitch McConnell. Health care, the economy, climate change, taxes and much more will all need to get through the Senate to fill the Biden/Harris agenda. And there's no doubt Mitch McConnell will block all of them. He won't even let them get to a vote.

There's one other thing McConnell will do if he retains Senate control. Should Joe Biden have the opportunity to nominate a Supreme Court justice, you don't even need to think twice that McConnell will simply block them. He will block a Democratic nominee so long as he is majority leader. He, and other Republicans in the Senate, have already made that clear. There will be no more Ruth Bader Ginsburgs under Mitch McConnell, plain and simple.

As soon as next May, the Supreme Court could strike down the Affordable Care Act, also known as Obamacare, and along with it, protections for pre-existing conditions. Do you want Mitch McConnell calling the shots on your new healthcare?

If not, then get involved and help the people of Georgia get out the vote. We have our chance to take majority control. We cannot let it slip away.