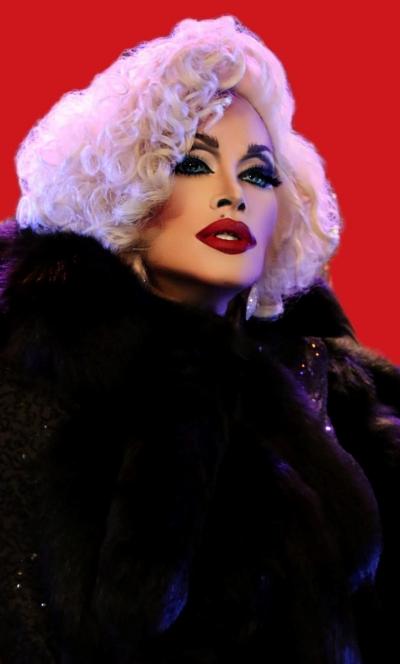 After an 11-year hiatus, the iconic celebrity impersonator known for his stage creations of famous celebrities such as Madonna, Dolly Parton and Michael Jackson, is embracing the spotlight once again.

I've known the talented Sean Paul since he was just a teenager. The first thing he said to me when we first met at Gay Pride in 1990 was "I'm going to be a famous Madonna impersonator, make it big in Las Vegas. and become a star!" I didn't know whether to laugh at his confidence or be intrigued by his determination, but we quickly became best friends.

I became Sean Paul's mentor, bleached his hair, taught him the basics of makeup, and even helped him design his first Madonna costume. He was immediately booked for various television shows, including Northwest Afternoon, The Late Show with Ross Shafer, and Evening Magazine, to name a few. He even performed on the main stage at Seattle Center (ironically, that's where I got my start five years earlier). The growing demand led to Fashion show appearances for Retro Viva, The Cramp, and Fantasy Unlimited, and headlined the largest independent fashion designer showcase; Arena.

After making a name for himself in the Pacific Northwest, Sean Paul set his sights on the bright lights of Vegas. After his audition for Kenny Kerr's "Boy-lesque" at the Sahara Hotel and Casino, he was signed to a lucrative contract right on the spot to play Madonna.

Sean Paul thus became the first female impersonator from Seattle to make it big in Vegas, in addition to being the youngest performer on the Strip at the time. He set the standard for female impersonators and drag queens alike from Seattle. Some that followed his footsteps were Toni James as Diana Ross, Jason Malone as Bette Midler and Judy Garland, and even myself as the larger than life" Madonna and Roseanne Barr.

Sean Paul's career took him around the world, performing in many of the foremost female impersonator shows, even Norbert Aleman's "An Evening at La Cage" in Aruba, Hawaii, and South America. I recently spoke with Sean in-person.

Boy Mike: You're performing Madonna for the Leo Party at Neighbors. Are you excited?

Boy Mike: What is your process in becoming Madonna?

SP: Eleven years ago, I used to be much faster, but now, as I've gotten back into it, my process [is] I wake up... at 6 o'clock in the morning. As soon as it's 6:30, I jump in the shower. I shave. Then I blot my eyebrows down, and then moisturize, throw on some clothes, and drive to my coffee shop and get a six-espresso shot of mocha and drive to work.

And once I get to work, I clean the dressing room and ...I use primer to moisturize my face and get my face all set. And then I heat my foundation up, to cover my face. All in all, it takes about an hour and a half to do my makeup, two hours if I get to take my time. I like to take my time.

Boy Mike: Do you have a favorite Madonna song? What does it mean to you?

Boy Mike: How has Madonna inspired you?

SP: I've always wanted to be like Madonna. Her persona that she gives when she's onstage is extremely powerful, and she's very opinionated and outspoken. And I've kind of mirrored my celebrity impersonation career after her.

Boy Mike: If you had a tombstone, what would it say?

SP: Hmm... I would probably say [something] ...from one of my musicians that I love so much, Boy George: "I came to dance for everybody with their legs cut off."