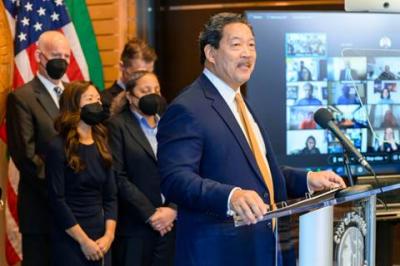 Seattle — Today, the City Council voted to approve a proposed contract between the City of Seattle and the Seattle Police Management Association (SPMA). Transmitted to the Council last month by Mayor Bruce Harrell and ratified by SPMA members in March, the contract creates a new system to address disciplinary appeals and takes other critical steps to strengthen accountability processes and improve public safety.

"This contract is a demonstration of our shared commitment to improving public safety and improving public trust," said Mayor Harrell. "Strengthening police accountability is necessary for ensuring our Seattle Police Department is one that reflects our values and always drives toward continuous improvement. I am grateful SPMA came to the table with these same priorities and appreciate that this collaborative approach puts in place a model for how we can support both our employees and our greater community through accountability."

SPMA represents Captains and Lieutenants in the Seattle Police Department. The contract is the result of a good faith negotiation the City and SPMA.

"This contract addresses key flaws in prior police contracts," said Councilmember Lisa Herbold. "In particular, this contract will help fix Seattle's broken disciplinary appeals system. Right now, nearly 100 cases of police misconduct, some dating back to 2016, are being appealed — a backlog that continues to delay and deny justice. This new contract takes a crucial step toward ending that backlog while ensuring police officers who commit misconduct are held accountable."

The contract creates a new process to govern prospective disciplinary appeals through a model that is fair and reliable — leading with transparency, providing due process for employees and putting in place key measures to ensure discipline is actionable and upheld as warranted. Provisions of this enhanced system include:

Additional key accountability improvements newly defined in the contract include:

Simplification of the 180-day deadline, and the removal of barriers that delayed investigations and findings, including surrounding criminal investigations
Empowerment of OPA to better manage its caseload and resources
Clarifying the definition that allowed for flexible interpretation of term "dishonesty"
Reaffirmation of the City's right to regulate and manage secondary employment; supporting SPD Leadership to be prepared to serve the City first