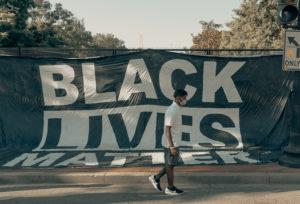 There are terms used to describe the racism plaguing our country that some may or may not have heard before, like systemic racism, structural racism, white privilege, and white fragility. They define the Black experience in America, but what do these terms mean?

The Aspen Institute Roundtable on Community Change states that in many ways systemic racism and structural racism are synonymous. While structural racism refers to racial discrimination in public policies, institutional practices, and cultural representations within the systems that are in place, systemic racism refers to these practices once rooted in laws that may have changed but still reverberate throughout our societal systems.

For example, redlining represents collusion between different systems that resulted in the removal of resources by financial systems, disinvestment by city governments, and neglect of the Black community. "The legacy of redlining is the basis for color-blind racism," said Zinzi Bailey, a social epidemiologist at the University of Miami Miller School of Medicine's Jay Weiss Institute for Health Equity at the Sylvester Comprehensive Cancer Center.

Bailey also stated that separating people like this makes it easier to deny specific neighborhoods resources like grocery stores, school supplies, public transportation, and more "by making the argument that those residents don't need or can't financially support such amenities, so why even bother building them."

Historically accumulated white privilege describes white historical and present advantages, such as their access to quality education, jobs, living wages, homeownership, overall wealth, and much more. Peggy Macintosh states in "White Privilege: Unpacking the Invisible Knapsack" that "white privilege is an invisible package of unearned assets that I can count on cashing in every day, but about which I was 'meant' to remain oblivious."

But, again, what do these things really mean in 2021 in practice?

They mean things like Black women athletes not getting the scores or recognition they deserve. For example, when Simone Biles completed the most difficult vault ever in women's gymnastics, she received a score of 6.6. This is 0.2 higher than the previous most difficult vault, which was scored 6.4 - although the typical point increase for upgraded vaults is 0.4, which would have put Biles' Yurchenko double pike at 6.8. The US high-performance team coordinator Tom Forster agrees.

This also means that, in a perfect display of structural racism, white privilege, and white fragility, when white parents are angered by two Black girls earning the honors of valedictorian and salutatorian at West Point High School in Mississippi, the school can change the rules. It means that when the process the school has used every year prior gave an unwanted result, they changed how these honors are awarded.

Specifically, the school says that Ikeria Washington and Layla Temple, two brilliant young women, won based on their QPA (quality point average) - but the two students with the highest GPA (who happen to be white) deserved to be recognized as well.

The difference between QPA and GPA? To make a long story short, honors classes.

West Point High School says that the honors classes (which add extra "weight" to your GPA) that these capable and deserving young ladies excelled at should not count against the white students who performed better than everyone else. (Albeit not as well as Ikeria and Layla.)

It is clear that West Point High officials woke up that morning and chose racism, and they deserve to be handled accordingly.

To dismantle systemic and structural racism as a country, we have to acknowledge and push back. We can no longer allow white privilege and fragility to dictate what is right and what will be allowed.