Intersectionality and the unique predicament of Black women 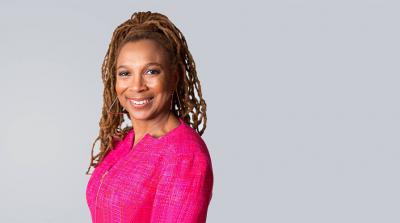 Clear and rigorous battles have been fought against both racism and sexism since the abolishment of slavery and the adoption of the 14th Amendment to the Constitution. Slaves went to war, damn near freeing themselves, and women grabbed America by its Constitution and demanded equality.

While there are still many battles to fight, many battles have been won. But what do you do if the wins should offer you protection, but the current state of justice lets you fall through the cracks?

For Black women, where they fall in social priority has affected their ability to receive justice more than for Black men and white women who fought the same battles. Black women stand at the intersection of being Black and a woman, finding themselves subject to forms of oppression that have shown to be difficult to prove.

This is a summarized version of the term "intersectionality," coined by Kimberlee Crenshaw. In her 2016 TED talk, she discusses this term, as well as a case that sheds light on this form of oppression that many of those who are not affected by it have trouble seeing.

Crenshaw begins by reasoning how difficult it is to solve a problem you cannot see, then states the names of Black women who have been murdered by cops but received no media coverage. She then discusses how the missing "frames" (media representation) of the different injustices against Black women are overshadowed by the violence, brutality, and discrimination done to Black men or white women.

She then discusses the case of DeGraffenreid v. General Motors Assembly Div., in which a Black woman named Emma DeGraffenreid claimed employment discrimination based on gender. However, because the company could prove it hired and promoted Black men for hard labor as well as white women for their front office, her claim was dismissed. That day, the courts chose not to protect Emma DeGraffenreid.

The courts could not see where the intersection between racism and sexism created a unique form of oppression for Black women: passion is perceived as anger and timidity as unfriendliness, and the need to acclimate presses aggressively into their subconsciousness.

Black women are viewed as stronger and in less need of protection, and because of this, the violence against them goes relatively unrepresented.

Intersectionality is not a term exclusive to Black women. There can be many overlapping intersections. In fact, most women of color are subject to this discrimination, and when you consider members of the LGBTQ community, you find that Black Trans women - or any Trans women of color for that matter - find themselves with a network of intersections working against them.

In order to combat this injustice, we must stop relying on social justice laws to flow downward and cover everyone. Women hoped that the 14th Amendment would ensure their freedom and equality in 1868, but then the Equal Rights Amendment failed three states short of being ratified in 1982. To this day there is nothing in the American Constitution that mentions equal rights for women, although 85% of the 192 UN member states mention gender equality in theirs.