Making monsters of the innocent 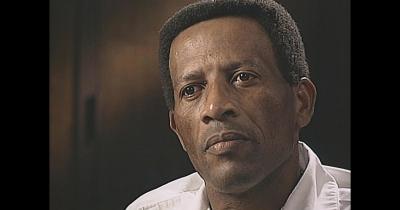 If you consider that one person on death row has been proven innocent for every nine people executed in the US, it becomes easy to see the alarming rate at which innocent people have been sentenced to death. People have a habit of viewing all death row inmates as less than human - and many of them are indeed monsters. However, a large number of them have also been proven innocent after just a little digging into their cases.

In November 1988, Bryan Stevenson, the director of the newly formed Alabama Capital Representation Resource Center in Montgomery, began working on the case of Walter McMillian. The unorthodox specialist in post-conviction law quickly uncovered the race-based corruption of the Alabama legal system, seeing not only that Walter's whole case centered around the word of a convicted white felon but that the treatment he received was grossly unjust.

Much to his dismay, Stevenson discovered that McMillian had been placed on death row a year before his trial in an attempt to force a confession and that facts proving his innocence had been withheld to ensure his conviction. After visiting McMillian's family, Stevenson learned not only that he had a solid alibi that placed him 11 miles away from the murder but that he was preparing for a public event hosted by his family, with more than 12 witnesses to his whereabouts at the exact time of the murder.

Several Alabama judges, presented with these facts, still refused to reopen McMillian's case, content to allow an innocent Black man to die rather than admit he was falsely convicted. Ultimately, McMillian's conviction was overturned by the Alabama Court of Criminal Appeals in 1993 and McMillian was released after spending six years on death row. Without Stevenson taking the facts of this case national, an innocent man would have lost his life for a heinous crime he didn't commit - and he would not have been the first or the last.

It is also rather alarming how secure we are in the fact that children are different from adults when it comes to alcohol, smoking, voting, and enlisting in the military. Yet for some reason we also think it's fair and just to try a 13-year-old as an adult for capital murder, even when the circumstances involve defending the life of another.

In his years as a post-conviction lawyer, Stevenson has met wrongly accused adults and children being prosecuted to the full extent of the law for crimes committed in self-defense or to protect others, the majority being members of the Black community. He himself has battled racism in the courtroom, forcing himself to laugh alongside a judge who had assumed he was the case's defendant and found it laughable that this Black man in a suit was actually the defendant's attorney.

For this reason, Stevenson started the Equal Justice Initiative, his attempt to change the conversation about race in this country. He wants to change the way we view civil rights victories, feeling that we focus too much on celebration and not the hardships that were endured. The ways our fight for civil rights is discussed gives the false image of immediate change. This undermines the efforts of those who fought and attempts to hide the decades of trauma and injustice that the Black community is still attempting to heal from, while still being held down by the government that is supposed to protect them.

"We've done a very poor job of really reflecting on our legacy of racial inequality," Stevenson said in a 2014 interview on "Fresh Air." "You see it in the South, but it's everywhere. And we want to talk more about slavery, and we want to talk more about this era between Reconstruction and World War II, which I call an era of terrorism, of racial terror and violence that shaped attitudes."

Stevenson has committed himself to justice. He sees the humanity in people both wrongfully and rightly accused of horrible crimes and puts his efforts into getting these people the help they deserve. He has freed innocent men and gotten children convicted for the murder of their mother's abuser transferred from adult prisons to juvenile facilities, where they would more likely receive the treatment and counseling they desperately need.

Bryan Stevenson is more than a lawyer; he's a hero and a name everyone should know.