X-MTV: Pop artists are baring more than souls in pandemic-era music videos, they're baring their bodies too 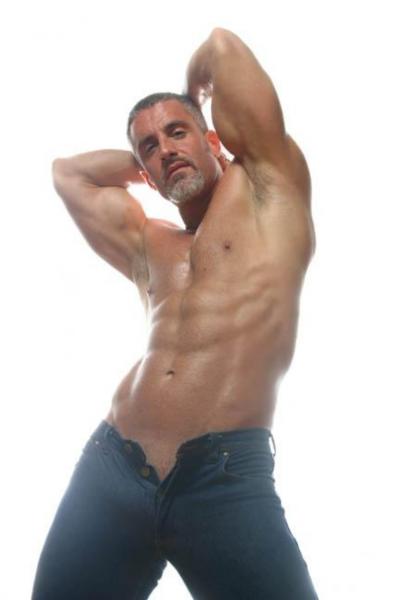 The CDC reports three key impacts on gay men that have resulted from the COVID pandemic: increased rates of depression, substance abuse, and - you guessed it - horniness.

"We're gay. Being frisky is in our DNA," declares out artist Jack Tracy. His new single, "The Feels," drips with passion. It depicts a relationship held together by the one thing that still works: the incredible sex. The accompanying music video unabashedly details the song's main theme and includes a nude Tracy in the most explicit sex scenes he has ever filmed.

"There was no hesitation in dropping trou for the music video," he reveals. "I've never shied away from using sexuality to make a broader point or tell a story."

As a matter of fact, Tracy's currently planning the video for his next song, and its nudity will go one step further. Everyone involved in the video will be showing skin! "We are going to be tackling the issue of toxic masculinity and portraying a lot of different body types, races, and people all along the gender spectrum," he explains.

There is no denying that nudity is a trend in music videos today, especially among female artists. Cardi B and Megan Thee Stallion's "WAP" video featured over=the-top sexuality, and the two artists have owned every bit of it, taking a "if you don't like it, you can kiss my ass" attitude against naysayers.

Out artist Colton Ford can relate, having received online criticism for the explicit edit of his "Stay" video. "There are the haters out there, and there will always be, but I feel that reflects on them and not on me. I know who I am. I love who I am. I know what I do best, and I'm doing what I feel and what I want, and no one can take that away from me."

"I am an artist and an exhibitionist," Ford continues. "I enjoy taking chances and pursuing my dreams. I think any artist that embraces his or her sexuality should be applauded, especially if they're doing it organically and not simply as a tool to grab attention."

Ford has fully embraced his sexuality since 2002, when he first gained stardom as an adult film model with Colt Studio. It's how he's been packaging himself ever since, but he credits the pandemic for drawing more attention to it.

"The isolation we experienced amped up the online experience," he reflects. "All of a sudden, guys couldn't hook up and express themselves the way they were used to, so watching it online became the next best thing, as it was a safer substitute."

His being close to 60 isn't stopping him. In fact, it gives his choice to bare all even more significance. "With my being 58, the page has taken on a different energy. Like we don't have to subscribe anymore to the notion that once you turn 50, you have to stop enjoying your life and sexuality. Trust me when I say that after this long, isolating year, daddies like me are just as pent up with sexual energy as the rest of y'all!"