Trust and collaboration: Filmmaker Ben Sharrock on rising to the challenge with his hard-hitting refugee drama Limbo 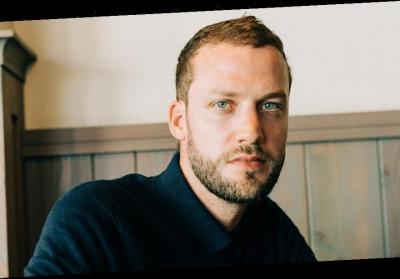 Ben Sharrock's Limbo is a work of ethereal beauty. Funny, charming, moving, tragic, and emotionally pure, this marvelous gem of an immigration drama is as irresistible as it is unforgettable.

Centered on Syrian musician Omar, magnificently portrayed by Amir El-Masry, the film follows a large cadre of refugees stranded on a deserted, windswept Scottish island, waiting for word from the British government whether or not they can stay.

None of them are allowed to work. All of them are forced to attend classes on how to fit into British society and are given the bare minimum to subsist on during the long months waiting for the outcome of their asylum claims.

Limbo is nakedly raw in how it showcases these characters and the world in which they are forced to live as the months tick by, never knowing until the last second whether they will be allowed to stay or will instead be shipped back to their country of origin. Sharrock balances a dry sense of humor with hard-hitting dramatics, most of which leave a lasting impression. It's stupendous stuff, the picture having scored two BAFTA nominations, including one for Outstanding British Film of the Year.

I sat down with the talented Sharrock over Zoom to chat about his critically acclaimed sophomore feature. The following are some excerpts of what he had to say:

Sara Michelle Fetters: What's this experience been like for you? The reactions to the film, the BAFTA nomination, everything happening seemingly all at once. Can you talk about those feelings?

Ben Sharrock: It's been amazing. I think it is also quite bittersweet. That's the word that jumps out, because we've had all of this amazing recognition. It feels so great. But at the same time, I'm stuck in this room. We don't get to go to the Royal Albert Hall and experience the BAFTAs. We don't get to do any of that.

So, it's really strange. But we're so pleased how the film has been received. Yeah, it would be great to sort of get the field experience, to get out there. Maybe at some point it'll happen. I don't know. But this has still been great. Definitely.

SARA MICHELLE FETTERS: It's obvious watching the film how personal and how much of a labor of love all of this was for you. But how difficult was it putting all of this together and then watching it come to fruition as you were filming?

BS: It was a real challenge. This was not an easy film to make. Starting from the subject matter. It's huge, and I have this real desire and passion for the subject. But there's also the pressure that goes with making a film about this. This was something that affects so many people's lives. Also, taking this approach to this subject, to utilize humor, using comedy to talk about a serious topic. It was challenging to make sure that I got it right, that I could do justice to this story.

We shot the film on a remote Scottish island. That was also a massive challenge. I'd already been through the scriptwriting process, where I was wrestling with the material and trying to get it right. Then [we were] on this island, where we were shooting in close to gale-force winds on a regular basis, constantly at war with the elements.

It was a challenge all the way through. We didn't make it easy for ourselves, but I was so dedicated to getting everything right. I put everything I had into it and just worked incredibly hard for a really, really long time.

SARA MICHELLE FETTERS: I want to ask a question now that I was going to save until later. But just so that we don't run out of time, I want to ask about the collaboration process between you and the actors. Because it's obvious that this had to have been something that you all did in tandem with one another to make this feel so real and so visceral.

But about the balance of the humor and the drama, how were you able to pull that off? Because this is a very funny movie, but it's also emotionally devastating. How do you balance those extremes and make it feel so real?

BS: I think that question ties into that collaboration with the actors and with the rest of the team. We had a really good rehearsal period with the actors, and we built a good, strong relationship of trust and collaboration. I'm very particular about my sort of vision as a filmmaker. I also work so closely with them, so they trust me and I trust them.

We all became really good friends and came together in this really cohesive way. We were all striving for the same vision. I think that those things added up to balancing that tone. We were all together on this remote Scottish island and knuckled down. It was a huge amount of work.

SARA MICHELLE FETTERS: Talk to me about your lead actor, Amir El-Masry. Isn't he just fantastic? It's such a quiet performance. You almost don't realize how much he is just capturing your entire heart until that very last moment.

BS: He's so brilliant. Amir put so much work into this. He was brilliant from the point we auditioned him. He understood the character at a deep level. He just brought so much to it.

Amir is very different from Omar as a person. He really embodied that character when we were there on the island. He was Omar. He carried the weight of Omar's struggle on his shoulders all the way through that film. I think that you can tell. It all comes out in his brilliant performance.

SARA MICHELLE FETTERS: We only have a couple minutes left, so I want to ask you, in large part because of the pandemic, the film is slowly making its way out there for people to see. It's not getting the push that high-profile indie efforts like this one typically have received in the past. But it is getting seen, and it's going to be seen by even more people after its general US domestic release on April 30. What do you hope these audiences, no matter how they get to watch the film - whether it's PVOD, in a theater, or later on via Blu-ray, DVD, or digital download - take away from the experience of sitting down and watching Limbo?

BS: I think what I really want is... for people to feel close to these characters. I think that with refugees in the media, they're often kind of boiled down to statistics and numbers. What I would really like is for audiences to spend an hour and 40 minutes with these characters and feel close to them. To look at them on the screen and relate in ways they are not expecting. To find parts of themselves in them. I want them to hold these characters inside themselves after they've left the building and carry them around for a little bit as well. That would be terrific.