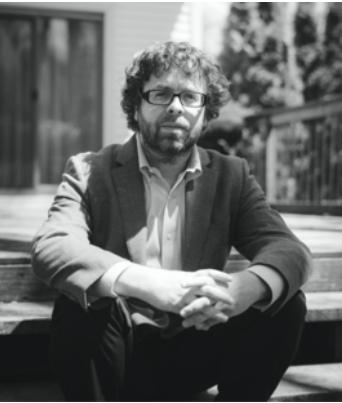 There's time for one last round.

One for the road, as they say. A tip for the barkeep, a final toast before you go, one more clink before you drink, and, as is made clear in the new book Last Call by Elon Green, be careful on your way out the door.

It was May 1991, in Lancaster County, Pennsylvania, and the roadside maintenance worker had been around long enough to know when something was unusual. The last of eight trash bags he had just hefted seemed too heavy. When he poked it open, he saw freckles - and called the state police. He hadn't touched anything in the bags, but he was ordered to have an AIDS test: the naked man inside them was identified as Peter Stickney Anderson of Philadelphia, a banker and father who was also gay.

Slightly more than a year later, on an otherwise-lonely stretch of road in New Jersey, two Transportation Department workers discovered another pile of trash bags that seemed "not quite right." Inside was the meticulously dismembered body of Thomas Mulcahy - a detail they knew instantly because the killer had left Tom's ID behind.

In May of 1993, a street worker, Anthony Marrero, was found dismembered in a series of plastic bags identical to the ones Mulcahy had been left in.

By this time, officials had homed in on a few facts: the bags came from a certain store in Staten Island, they were tied in a specific way, and the bodies were cut with almost-medical precision. Still, despite the heinousness of the crimes, little to no attention was paid to them outside the gay community.

On July 29, 1993, Michael Sakara, an affable, thoughtful man, told panhandlers as he left a Manhattan bar that he was "going upstate" with a companion he'd met that night. Less than 48 hours later, Michael's head and arms were discovered in a plastic bag. Police from two states found nothing but loose ends, and the case went cold. Years later, they'd muse about how close they'd actually come to a solution...

In his afterword, author Elon Green explains why this story captured his fancy. Who were these four men? Were there others? Most importantly, why didn't this murder spree get the regional attention it deserved?

Green answers his own questions in this book - but there's more. There are biographical sketches of four good men here, each rounded out so well that you may wish you'd known these guys. None of them fit a mold - Green captures that clearly - and he subtly, kindly reminds readers that they were someone's son, friend, or father.

And then, just as it seems like there's no conclusion to this tale, Green brings in the killer, whom he tantalizingly doesn't immediately name. In those pages lie some one of the edgiest, most shoulder-clenching, most psychologically taut chapters you'll read this year.

So lock the doors. Pour yourself a strong one down the hatch for fortification. You're looking for hair-raising true-crime? Last Call is the one to have around.