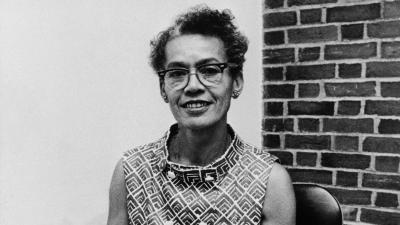 Diversity and inclusion are two of society's most important tools for progress. The infinite personality variations created by biology, education, and upbringing create steady sources of innovative ideas.

While many differences define diversity -like race, gender, ethnicity, age, beliefs, and upbringing -one of the most valuable contributions they all provide is perspective.

A new perspective can be the difference between victory and defeat in the face of difficult problem-solving, and excluding someone because of their differences can and will restrict progress. Someone whose perspective has been a force in the fight for equality and diversity is legendary lawyer Pauli Murray.

Born Pauline Murray in 1910 and orphaned at a young age, this political warrior used their unique perspectives to challenge the system. S/he fought for civil rights in the 1930s through the 1970s and resisted racial, gender, and sexual discrimination with brilliance and tenacity, finding innovative ways to inspire connections between cases for women's equality and the male point of view.

S/he was the first Black person to get a JSD (doctor of science of law degree) from Yale and was instrumental in the desegregation of schools, having helped Thurgood Marshall win Brown v. Board of Education while still in law school. Murray was also one of the founders of the National Organization for Women (NOW). However, she felt NOW did not prioritize women of color, and so left the organization to join the Equal Employment Opportunity Commission (EEOC).

Murray struggled with gender identity and the expanding view of gender itself, which became a primary focus of her life. Murray even tried to obtain testosterone treatments in the late 1930s, feeling as though s/he had been born in the wrong body.

Murray's upbringing and education contributed to her unique perspective, which helped her make innovative decisions instrumental to progress in the fight for women's rights in the workplace and connecting LGBTQ+ rights with the 1964 Civil Rights Act.

Her brilliance and eloquence inspired other great minds, like Kimberlé Crenshaw, who coined the term "intersectionality" (the unique discrimination experienced by someone who represents more than one oppressed group) that finds expression in the quote above, as well as lawyer and Supreme Court Justice Ruth Bader Ginsburg (RBG).

Although Pauli Murray suffered setbacks due to her gender, it molded her into someone who would not take no for an answer. Her fight for equality has been triumphant and inspiring.

Like it says on the Pauli Murray Center website, Rev. Dr. Pauli Murray, who died in 1985, was a human rights activist, legal scholar, feminist, poet, Episcopal priest, labor organizer, and multiracial Black, LGBTQ+ community member of transmasculine experience. S/he fought for equality, diversity, and inclusion in ways that have positively shaped the world around us.

The pronouns used in this article are in keeping with the analysis found at www.paulimurraycenter.com/who-is-pauli.