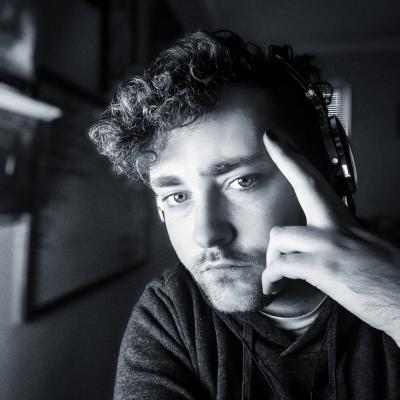 I, like many Americans, unexpectedly found myself with a lot of extra time on my hands last year. Between the sweet summer paranoia of whether or not I'd be snatched up again by the SPD for political dissidence; the constant, creeping anxiety of finding ways to pay rent; and the day-to-day struggle that comes with bipolar depression, I found it more than a little difficult to focus on the novel I was reading. Baking wasn't really an option for me, either - for personal reasons - and so I did something I never thought I'd do: I downloaded TikTok.

Yes, TikTok, the app originally known for teen dance crazes and free Gen Z therapy evolved over the course of 2020 into something politically dangerous enough for the Trump administration to consider banning. So, out of curiosity and a need for easy dopamine, I jumped down the rabbit hole. At the bottom, I was introduced to "Femboy Hooters."

The concept of the joke was simple enough. It's a POV shot of a cute femboy taking your order in a Hooters T-shirt. The meme started on Twitter in October 2019, but the denizens of TikTok took the idea and sprinted with it, leading to such hits as "Goth IHOP" and "Himbo Home Depot," among others.

Now, if you're anything like I was at the beginning of this, you're wondering, "What the hell is a himbo?"

A himbo is, essentially, a good-looking, often muscular man who is kind and respectful toward all genders, and sweet but a little bit dumb or naive. Think the MCU's Steve Rogers or Dean Winchester from Supernatural. (If you haven't guessed, the word's a playful portmanteau of "him" and "bimbo.")

I couldn't relate, being a scrawny nonbinary who's been described on more than one occasion as "rodent-like," so I catalogued this information and went on with my life. But the term kept creeping into videos I saw and conversations I had, until eventually the world did as it's wont to do and filled the lexical gap that met my needs.

A Tinder date called me a "thembo."

Feel free to chastise me for going on a date with a stranger in the middle of a pandemic. My exposure to the virus didn't matter to most people when I was a frontline worker, so I'm choosing to wrestle with something else entirely.

I have to say, after some digging, the answer is no. Reasons: I'm not cute enough, alas, and my vibe is more manic-therapist-gremlin than naive-sweet-puppy.

But this led me to wonder: how is the internet, and TikTok specifically, changing the way the LGBTQ community views itself? How is it changing how other people view the community? Is a platform that spreads new, often inclusive labels teaching a younger generation to be more inclusive and accepting?

TikTok, like every social media platform, operates on an algorithm that shows you things it thinks you want to see. It wants to keep you engaged, keep you involved. This means that there is an incredibly wide variety of pockets you can fall into while scrolling through, like Alt TikTok, Frog TikTok, or Wholesome Irish Country Emo TikTok, to name a few. There's also Straight TikTok, which - you guessed it - panders to straight folks and their partners and continues to baffle me every time I accidentally end up there after liking a wholesome Guy Fieri meme. Because of these pockets, finding objective answers to my questions proved difficult.

But from my observation, TikTok has created a safer space online for queer and trans folks than anything I've seen in my 25 years as a digital native.

Sites I frequented in high school, like Tumblr and DeviantArt, generally leaned toward toxic gatekeeping and exclusionary culture to combat the pain of loneliness and the general confusion of growing up different from the rest of whichever small town we were from.

I don't see that as much on TikTok, even from its older users, and when I do, it appears to get called out almost immediately, whether by creators or commenters. There's a comfortable confidence projected in these videos from burgeoning members of the LGBTQ community that I didn't have at their age - and, if I'm being honest, still don't have.

Some of the top TikTok stars are openly nonbinary, gay, or trans and make videos providing positive affirmations for their viewers and supporting their journeys of self-discovery. They've made a space that lifts them up and teaches etiquette through shared experience and absurd humor that, plainly, I envy a little, even if it's that same community has encouraged me to be more open and honest with myself in my mid-twenties.

I wish I'd found it sooner, but I'm glad to be a part of it now.

With all that said, my own experience is incredibly biased. There are literal Nazis waiting in the folds of the internet - and TikTok is no exception. The dangers of the social media echo chamber are real, and if 2020 taught us anything, creating an identity based on hate is easy to do. All it takes is one bad apple, as it were.

My hope for 2021 is that we all learn from the weird kids on this dumb app. I hope we support one another and approach new identities, words, and ideas with open minds. People have a tendency to resist change, and Seattle's LGBTQ community is no different. But whether you call it "Cap Hill" or "Capitol Hill," life goes on, times and terms change, and one day, you might find yourself wondering, "Am I a thembo?" with the rest of us.