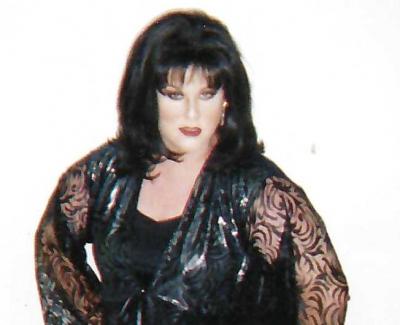 Greetings to all my readers of my new social column "Boy Mike's Fab-Gab" in Unite Seattle Magazine so put on your high heels and wigs we're about to get started!


I was lucky enough to spend my birthday at Julia's on Broadway with my friend Mark Holman watching their new cabaret show. "The best show this side of anywhere!" Yes, the rumors are true! Instagram has been burning up that the one and only diva himself, Sean Paul, has returned to Julia's on Broadway to star once again in LeFaux. In celebration of my birthday, owner Eladio was so kind to roll out the red carpet for myself and a photographer into Julia's to see the new cast in the revamped and all new Vegas style show. Sean Paul is known for his dead ringer impersonations of Dolly Parton, Michael Jackson, and Madonna. Not to mention he is a top notch emcee. For now he is only doing Dolly and co-emceeing with Sasha, who I met in San Diego years ago. Sasha is a great hostess and a first rate comedian. She really gets the crowd involved in the show! At one point having audience members get on stage dressed as the Village People doing a hysterical (and drunken) version of the YMCA. One of the audience members was even pregnant and still danced her heart out!

The show doesn't focus on celebrity look-alikes as much as it did in the past. Even though we did see Adele and Dolly strut their stuff, the show is more about divas and glamour goddesses doing invigorating dance numbers that the crowd ate up. Diamond St. James really worked the audience into a frenzy with her dance routine to Tina Turner's 'Disco Inferno'. It was nice to see my old pal Jacqueline Hyde doing a great burlesque routine. Hey Eladio! How about a male burlesque or stripper dancer too? You can also have dinner during the show!

The audience left with smiles on their faces, a great and memorable time was had by all. Julia's is also a great place to celebrate birthdays, anniversaries, divorces, bachelorette parties, etc. Reservations are strongly recommended. 206-334-0514; 300 Broadway E Seattle, WA


Support our locally owned gay businesses by shopping at Panache Clothing Co and the New York Xchange on Broadway. They cater to everyone from local musicians, drag queens, ravers, gothic gear and more! They have large size shoes, wigs, lashes, feather boas, pride gear, outrageous outfits and accessories! The owners have had nearly a dozen shops on Broadway since opening The Cramp in 1986. 206-726-3300; facebook.com/panacheseattle; 225 Broadway E Seattle, WA


Oh how I love the 60's girl pop music. I will be at the Royal Room at 5000 Rainer Avenue S on December 17th to see my old pal Cathy Sorbo take the audience on a 60's time warp in her band The Mrs. Bill Larsons! I am going to wear 60's clothing and sport a beehive- I cannot wait! The fun all begins at 8 PM, arrive earlier seating is limited.


I have some rather sad news to report- the South Center Disney Store has gone out of business. In fact all of the Disney Stores in the USA are set to close and all that will remain are the 20 Disney outlet Stores (there is one in Tukwila). The Bellevue Square location will remain open until mid January 2022. Look for deep discounts! I certainly will miss shopping there.

,
They are at Steamwork's Baths Seattle for "Boyz Night" (formally known as "Twink Night"). It is every Thursday night starting at 4 PM and going till Friday morning at 4 AM. If you are 25 and under you get into the club for free! It includes a free 8 hour locker rental and a complimentary one day membership. You can also upgrade to a room for an additional fee. Remember safe sex is the best sex!  It's very important to support our locally owned and operated gay businesses! By the way managers Chris and Dave are total sweet hearts! 1520 Summit Avenue;206-388-4818


Here is your chance to win one of the five pairs of passes to Steamwork's Baths, good any day of the week! Just answer the following questions; How many rooms are at Steamworks? How many lockers are at Steamworks? The first FIVE people to guess closest to the correct answers win! Email your answers to mike@uniteseattlemag.com to enter. A big thank you to Steamworks manager, Chris, for providing the prizes!


Seattle has lost one of its beloved community leaders, "Daddy Jeff" Henniss lost his battle with cancer in the late summer. He was the former manager of The Cuff and head of security there. He was also one of the owners of The Dog House, he will truly be missed.


The Leo Party and Neighbour's grand relaunching party was a huge success! First of all kudos, congratulations and happy 54th birthday (November 13) to my friend of 40 years, yes 40 years, Roxy McLerran for bringing Neighbour's back to life after rioters nearly destroyed the club a year ago. Roxy sent up a gofundme page to get the job done. I really liked that they made the main bar area half the size that it was before as it really made the club feel more spacious than it was before and it really opened up the club. Here's an idea for you Roxy, how about a gofundme page for a damn air conditioner unit for the club. It also needs more fans very badly. I don't know why I'm going to say this but here it goes- the restrooms where clean and smelled fresh for the first time in Neighbor's nearly 40 year history!


The Leo party had a surprisingly good turnout considering promoter Joe Torres didn't hire an out of town headliner as they had for past Leo parties, such as RuPaul Drag Race's Derrick Barry or Chad Michaels. The crowds still poured in paying the $20 donation at the door then shimmied the night away to a Latin beat. Aleska Manila did a fine job at hosting the drag show. Lily Wicke performed Madonna's "Like a Virgin" in a wedding dress in front of Kevin Stea who was one of Madonna's 1990 Blonde Ambition World Tour dancers. Kevin was also in the movie "Showgirls", Madonna's "Truth or Dare" and more recently the documentary "Strike a Pose".

I pulled up a barstool next to Roxy's bar station. I finally gave her last year's Christmas and birthday presents. I gave her a framed photo of us, a framed photo of her with her dolls and we now have matching black rhinestone necklaces! She loved her gifts. Always better late than never! My friends Sean Cole and Rocky were there and stopped by to say hello. Gosh, I think I've known Sean since we were teenagers. They both looked really good. My friend Cody and I watched the drag show from the bar, he quipped when a queen did Lady Gaga's "Edge of Glory",  "How original!" He said sarcastically, "I think every queen in town has performed that song before." I thought she had good energy regardless. Her name is Anetran. The very hot go-go dancer's Joe brought in from Las Vegas joined her on stage with their highly seductive dance moves. By the way, Joe is also back bartending at Neighbours on Saturday (9pm-4am) and Sunday (10pm-2am) nights. When the night was over a whopping $28,000 was donated to FM Radio C-89 and Entre Hermanos! That about wraps it up! Send in your events, birthdays, photos, parties and press releases!I will do best to include them in my next column. Until next time always remember, "Going out doesn't have to be a drag."

Submissions for the next issue are due by February 1st 2022 and cover events from approximately mid-April 2022 until the end of June 2022. Send items to mike@uniteseattlemag.com