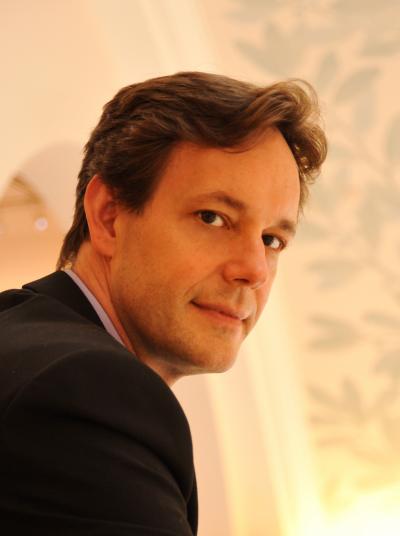 SEATTLE (March 5, 2021) -This June, Music of Remembrance (MOR) will stream a special all-new production of two works by composer Jake Heggie and librettist Gene Scheer: For a Look or a Touch and Intonations: Songs from the Violins of Hope. The concert was originally scheduled for live performances at Seattle's Benaroya Hall and San Francisco's Presidio Theatre. Because of continuing pandemic restrictions, MOR will instead create a compelling video production and make it available around the world on its streaming platform. Details on the exact streaming date will be announced soon, along with ticketing information.

For a Look or a Touch was the first and remains the only major musical work to address the Nazi persecution of homosexuals. It tells the story of two idealistic young men whose lives and love were torn apart during the Third Reich. This new production, directed by Erich Parce, features rising star baritone Jarrett Ott as Manfred Lewin and the amazing musical actor Curt Branom as Gad Beck. The work takes its title from a provision in the German penal code that made even an affectionate glance or caress a reason for suspicion and arrest. MOR commissioned and premiered For a Look or a Touch in 2007, and since then the work has traveled the world. This production, especially resonant in June during Pride Month, brings it back in an expanded version.

Intonations: Songs from the Violins of Hope was inspired by the same Holocaust instruments Music of Remembrance brought to Seattle in March 2020, just before the pandemic shut performance venues. They are part of a private collection of string instruments that belonged to Jews who played them before and during the Holocaust. Lovingly restored over the past two decades by Israeli violin makers Amnon and Avshalom Weinstein, these precious instruments can sing again even though their owners were silenced. Heggie and Scheer's Intonations: Songs from the Violins of Hope was premiered in 2020 by Music at Kohl Mansion. Its six haunting songs share the stories of those instruments and imagine how their owners would tell their own stories. Music of Remembrance's ensemble, featuring violinist Mikhail Shmidt as soloist, will be joined by Metropolitan Opera mezzo soprano Laura Krumm.

This program completes Music of Remembrance's 23rd season "Endurance of Hope," bringing music with messages of strength and perseverance for our troubled time. "At a time when the pandemic has sent us on a voyage that none of us could have expected," remarked Artistic Director Mina Miller. "Our season's theme is also one of journeys: journeys in search of safety and freedom, of identity, of hope in the face of daunting odds, and odysseys to new lives in new lands. Remembering these stories strengthens our resolve to prevent human tragedies from happening again."

Librettist Gene Scheer's words touched the hearts of millions around the country and the world when President Biden shared inspiring lines from Scheer's song "American Anthem" in his inauguration address. Scheer's recent comments encapsulate MOR's message of hope and renewal: "Music of Remembrance has highlighted the reality that in the end we really are like a like a grove of aspen trees. We all share a common root network, and if one tree is sick, we all feel the effects. We're not just learning about what happened. We're learning about how we can grow as human beings."

Tickets and more information are at www.musicofremembrance.org.

Now in its 23rd year, Music of Remembrance remembers the Holocaust through music and honors the resilience of all people excluded or persecuted for their faith, nationality, ethnicity, gender, or sexuality. In addition to rediscovering and performing music from the Holocaust, MOR has commissioned and premiered more than 30 new works by some of today's leading composers, drawing on the Holocaust's lessons to address urgent questions for our own time. MOR's stellar ensemble is drawn from the ranks of the Seattle Symphony.

Courtesy of Music of Remembrance