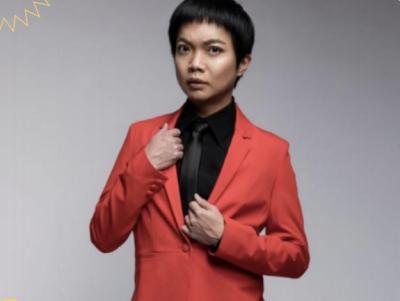 Loo most recently served as director of practice innovation and interim director of recovery services for the Asian Counseling and Referral Service. He will continue to serve as a volunteer consultant for ACRS through June. In addition to his expansive work history in behavioral health, he is a certified personal fitness trainer, an androgynous model, and serves on the boards of several other behavioral health and LGBTQ organizations.

"It's a very exciting time to join SCS, because I see a lot of opportunities for myself and for the agency to continue to grow, expand, and enhance our services. And on a personal level, I try challenging myself," Loo told the SGN. "The pandemic has multiple impacts on the economy, LGBTQIA, BIPOC communities, so there's a huge disparity issue. And I just think that in times of crisis it presents opportunities, and there will be different things that I can do together with SCS as we try with care and hope."

An ambitious agenda
In his first few months at SCS, Loo plans to expand services for BIPOC and LGBTQIA individuals, seek funding from the $437 million in flexible funds that was given to King County from the American Rescue Plan, and expand telemedicine services after in-person services can fully resume.

"A caveat is usually anyone in my kind of role, who steps in as executive director or president or CEO, you usually have this 90-day thing that you just take your time and sit down. I was pretty transparent to the board, and to the staff that I met yesterday, that as much as I would love to sit down for 90 days and take my time to adapt, I don't think I will have the luxury to do that," Loo said. "But I would implement very carefully, rapidly, but be nimble, adaptive, and flexible, because I think it would be very irresponsible of me if I waited for 90 days to implement any changes."

Economic and social impacts of the pandemic have caused an increased strain on mental health for LGBTQ BIPOC, a community that is historically underserved by mental health professionals. In a recent survey by the Human Rights Campaign, 29 percent of LGBTQ adults of color reported being diagnosed with a depressive disorder by a provider compared to 39 percent of all LGBTQ adults sampled, despite the two groups having similar rates of mental health challenges.

SCS reported serving an average of 1,000 clients per month during the pandemic, a number that will likely not shrink anytime soon.

"With the pandemic we ... had really seen increased individuals with overdose issues, increased alcohol use disorder, increased opiate use disorder," Loo said. "Beyond that, increased suicidal ideation, especially for youth, increased depression, and those are all normal reactions for somebody to react to something that you cannot prepare for, and then it continues to be significantly affecting the BIPOC and LGBTQ individuals, especially the Black Transgender community."

SCS recently relocated from its historic Capitol Hill location to the fourth floor of the Sixth and Lenora building downtown, a move that Loo believes will increase SCS's accessibility to the greater King County LGBTQ+ community as in-person services grow in the coming months.