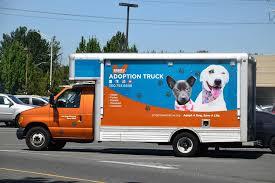 It has been fifteen years since Ginger Luke founded Ginger's Pet Rescue, one of the largest such 501(c)(3) nonprofits in Washington state. Since then, the organization has been able to save over 18,000 that were destined for death row.

It all started back in January of 2006 when Luke and her husband, Jakob Lueck, who co-own the Rickshaw Restaurant in North Seattle, were out making deliveries. The couple was dropping off food to a nearby apartment, and each time they did so, they heard nonstop barking.

When Luke made her next delivery, she spoke to the owner of the barking dog, who said that it was mean and kept in the bathroom for a reason: it needed to be put down. Moments later, Luke opened the bathroom door, and a dachshund came bouncing into her arms. She noticed the dog's collar was so tight around its neck that the skin beneath it was covered in sores. Before leaving, Luke was able to convince the owner to hand over the dog, Barney, for fifty bucks.

Unlike other animal rescue facilities around the globe, Ginger's does not have an actual physical location. Instead, it heavily relies on fosters in the Seattle area to house dogs as they adjust from being rescued to being adopted.

One of the organization's goals in the upcoming year is to find about 5-8 acres of land where they can care for the dogs they rescue, with either a house with a barn, or outbuildings.

"2021 will be our new beginning, and we now have a dream and a goal after 15 years having Ginger's Pet Rescue. We realize that we are better and stronger than ever, and we need to start looking for a SANCTUARY for all dogs from all over the world," stated Luke in an email.

She continued, "Since March 2020 we have adopted over 700 dogs to date. We proudly save dogs worldwide from Korea slaughter farms, Iran, Mexico, Thailand, Taiwan, China, and the USA!"

A large portion of the dogs Ginger's Pet Rescue saves live in tightly cramped outdoor cages, are given hardly any food or water, and are otherwise completely neglected.

Some of those rescues were even awaiting human consumption in South Korea. Even though a court there ruled in June of 2018 that killing dogs for their meat was illegal [https://bit.ly/3t1mJP5], the consumption of dog meat is not illegal, and illegal dog meat farms still exist. According to Humane Society International, a US-based non-profit that rescues animals around the globe, approximately one million dogs are killed (primarily via electrocution) for meat annually in South Korea. However, an opinion poll from the fall of 2020 shows that 84% of South Koreans do not, and refuse to eat dog meat [https://bit.ly/2NDE6Fo]. (Certain human health risks that are associated with eating dog meat include trichinellosis, cholera, and rabies.)

Ginger's Pet Rescue has rescued 277 dogs from South Korea since January of 2020. And during her 15 years of rescuing dogs, Luke's organization has partnered with other such organizations to sponsor and home thousands of dogs that would have otherwise been killed for human consumption.

Iran is another country of interest when it comes to rescuing canines, due to its high poverty rates. According to Luke, there is a huge lack of funding for food and medical care - to the point that the dogs only get fed once every three days.

According to Ginger's Pet Rescue, the average cost of medical expenses and travel for one overseas pup is $2,000 to $5,000. If the organization cannot afford to bring these canines stateside, they partner with rescue groups abroad to provide the dogs in need with food, vaccinations, microchips, and wheelchairs.

"There are hundreds of dogs waiting to come here to find their happy, forever family. It's unbelievable, but we are doing our best, and the ones we have saved are so happy in safe and loving homes," said Luke.

Ginger's Pet Rescue's next steps are finding a physical location to house doggies in need of saving, and they are accepting tips on potential locations. They are also in search of animal-loving volunteers to take on roles such as grooming, fostering, and transporting.

If you would like to help out or learn more, visit www.gingerspetrescue.org.