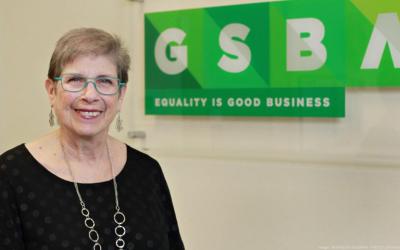 To our members and community:

During this time of great racial unrest, emotions are high, anger is rightfully at the surface and understandably spilling out. Given the urgency of the times, it feels like there is no time for politeness, not when people's lives and their humanity are at stake. Yet, knowing all of this, it is still wrong to either accept or make racist, misogynist and homophobic slurs, like those being hurled by demonstrators going to the homes of our elected officials. GSBA strongly condemns any racist, misogynistic, and homophobic slurs that have been repeatedly leveled at our Mayor and our City Councilmembers. This includes homophobic comments against Mayor Durkan, and the frequent misogynistic and racist comments directed especially at Seattle's councilwomen.

What is most unfortunate is that these tactics are being increasingly common, even at City Council hearings. We have small business owners and community leaders who will no longer testify at City Hall, since they are then subjected to brutal attacks on social media and at their place of business.

I have no doubt, the extremism in actions and speech is fed by the toxic behavior and encouragement of the bullying tactics of our current administration. But, if we are to make meaningful and lasting changes to our institutions, we will need to find a way to come together to work on solutions. Anger is understandable and activism is essential, but hateful rhetoric, speech that uses racist, homophobic, or misogynistic taunts are bullying tactics that will not undo systemic racism but could very well result in deeper divisions and backlash. It's not a time to ask for calm when rage is appropriate, but it is always the right time to refrain from hateful speech. Let's not engage in it or tolerate it in others.