History: the way they didn't want you to see it 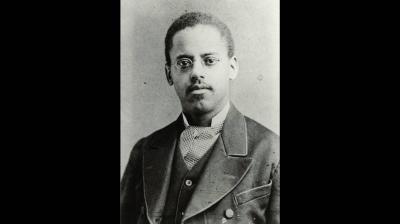 I think we can agree that history books should state the facts in a way that is honest about and relevant to the events being discussed, although, historically, this has been a running issue in our school systems. There is an unbelievable amount of suppressed information that haunts the "facts" of our history books, making them not only incomplete but sometimes bald-faced lies. Our past is littered with a long list of names we should know but would be unlikely to hear unless we chose to look for them.

For instance, not that many years ago it was common knowledge that Thomas Edison invented the light bulb. This information has begun to be corrected to state that Edison was the creator of the first high-resistance incandescent electric bulb, and yet even that is still incomplete. While Edison had improved on old technology, it was still an unrealistic luxury that remained relatively unnecessary.

That is, until Lewis Latimer invented the carbon filament, which made light bulbs capable of being used for a longer period of time before burning out. Not only was this improvement practical for everyday use but also affordable for average households. This popularized the light bulb and electric lamps (something Latimer also had patents for).

Latimer was the son of a runaway slave, a Civil War veteran, and a self-taught mechanical draftsman who had such a diverse catalog of scientific and engineering breakthroughs that the light bulb is not the only reason we should have had to learn his name. Having kept company with other household names, such as Hiram Maxim and Alexander Graham Bell, Latimer should have been noted for his direct involvement with the invention of the telephone.

Lewis Latimer was a member of the National Inventors Hall of Fame, and his is a name you should know.

So if Latimer is directly responsible for so many everyday things, how is it so many people haven't heard of him? In a way, the answer correlates with the apology issued by McGraw-Hill in 2015, when it was brought to their attention that they had printed educational books for roughly a quarter of Texas' 1,200 school districts with a map caption that described the Atlantic slave trade as the "immigration of workers." Censorship* of history books is not limited to bald-faced lies but also the exclusion of information about the Black community that seems to infringe on the image of white heroes, and those who write the history books have never missed the opportunity to rewrite history in their favor.

Since history provides no shortage of unsung heroines and heroes like Latimer, it's necessary to have honest and reliable resources. For this reason, it's wonderful to know that Washingtonians have resources like the Washington State Historical Society and the Washington State History Museum. Together, committed to real depictions of history, they are hosting a Facebook Live program about the impact of Black pioneers in Washington State. This free presentation will air on February 25 at 6:00 pm (PST) and will include relevant and entertaining information about the empowering Black history in the state of Washington.

* Censorship is when an authority (such as a government or religion) cuts out or suppresses communication. This may be done because it is considered wrong, harmful, sensitive, or inconvenient to the government or other authorities.