Amend: The Fight for America 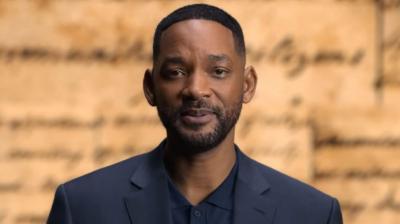 If you have never considered the possibility of being in America without being a citizen, consider yourself lucky. For millions of people, being stuck in America yet excluded from all the rights and liberties of a citizen was their reality.

In what could be the most gripping two minutes and fifty-three seconds of the week, the trailer for Netflix's new six-episode docuseries Amend: The Fight for America (premiering February 17) dives directly into citizenship in America as defined by the Constitution.

This star-studded series, hosted and executive produced by Will Smith, plans to touch on the original vague notion of "American citizen," which allowed racism to run rampant and unchecked; it then details how the 14th Amendment defined what it means to be a citizen and the rights guaranteed to them: racial equality, women's equality, equal protection by and from the government, all citizens deserving of empathy and dignity.

Somehow, in 2021, the protections promised under the 14th Amendment still don't manage to apply to everyone. Will Smith and the team at Netflix believe that establishing an understanding of how history influenced this can spark the compassion and healing our country needs, and they hope to do so with this compelling documentation and analysis of American history.

"As Americans, we endeavor to form a more perfect union that truly establishes justice and equality for all," Smith says in his press release statement. "I believe a deeper understanding of the 14th Amendment is a critical jumping-off point."

This series is intended to shine a light on the promise of America while hopefully creating the bond we need through shared humanity promoting progress toward the true equality our country lacks.

Find the series at www.netflix.com/AMEND.

" Synopsis: Amend: The Fight for America is a six-part docuseries that explores the 14th Amendment of the US Constitution, which, in 1868, promised liberty and equal protection for all persons, as America's most enduring hallmark of democracy. Amend deploys a groundbreaking narrative format featuring a number of luminaries & breathing life into speeches and writings by the amendment's most ardent advocates and foes (including Frederick Douglass, Dr. Martin Luther King Jr., Ruth Bader Ginsburg, and Andrew Johnson), with insights from an inclusive array of contemporary thought leaders and experts. Executive produced and hosted by Oscar-nominated actor Will Smith and Emmy-winning writer Larry Wilmore, Amend is a powerful, multimedia journey through American history that encourages viewers to question what a "United States" really means.