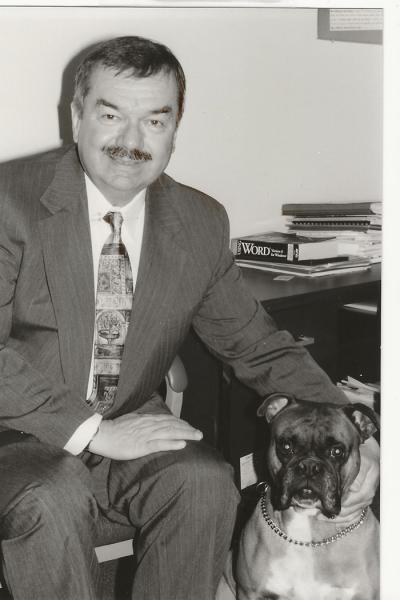 From the mid-1970s through the 1990s, Brydon tirelessly networked with political and community leaders in Seattle to establish the LGBTQ community as an important constituency group in the public fabric of Seattle. At key points, Brydon took leadership roles in obtaining anti-discrimination protections in Seattle, as well as defending against ballot initiatives in the late 1970s and mid-1990s that sought to repeal those protections.

Born and raised in New Jersey, Brydon's education included military prep school and college at the Citadel Military College, after which he enlisted in the US Army, serving in Vietnam, where he was awarded two Bronze Stars as an intelligence security officer.

Upon moving to Seattle in 1974, Brydon was determined to avoid the ideological battles he had seen elsewhere, preferring to build broad-based coalitions to accomplish specific goals for the LGBTQ community at large. Brydon was a master at networking and was soon taking officials on tours of Gay bars and holding luncheons where city officials got to know LGBTQ folks. Soon Mayor Wes Uhlman was a guest at one of the luncheons.

When Uhlman faced a recall effort in 1975, Brydon organized a fundraiser in the LGBTQ community for his campaign. Shortly thereafter, the luncheons were being held monthly, and Brydon and Pam Weeks of the Lesbian Resource Center incorporated the Dorian Group to focus on obtaining and defending LGBTQ civil rights. With Mayor Uhlman's support, the City Council banned housing discrimination on the basis of sexual orientation in 1975.

In 1977, Brydon was instrumental in getting Mayor Uhlman for the first time to proclaim Seattle Gay Pride Week. In another first, in March 1977 Brydon was one of 14 Gay and Lesbian leaders invited to the White House to meet with President Carter's staff regarding LGBTQ issues, where he, as a decorated veteran, advocated that the Pentagon end discrimination against Gays and Lesbians.

Also in 1977, Brydon was a driving force behind organizing SEAMEC to interview and rate candidates based on their stands on LGBTQ issues and to register voters in the LGBTQ community; SEAMEC is still active today.

Anti-LGBTQ groups twice attempted to roll back advances in LGBTQ equality, and each time Brydon played a key role in their defeat. As part of a nationwide wave of ballot measures in 1977 and 1978, inspired by Anita Bryant, Initiative 13 was put on the fall 1978 ballot to repeal Seattle ordinances prohibiting anti-LGBTQ discrimination. Brydon quickly put together Citizens to Retain Fair Employment (CRFE), a broad-based organization of political and community leaders, from within and without the LGBTQ community. CRFE was responsible for the bulk of the fundraising and polling as well as media messaging for the campaign. Initiative 13 was soundly defeated, winning in all of the quadrants of the city.

The defeat of the anti-LGBTQ measure in Seattle had national significance, because in all of the other cities, the anti-LGBTQ measures had passed by wide margins. The Seattle victory started to turn the tide on the wave of anti-LGBTQ ballot issues across the country and provided a model of how to launch a broad-based community effort to turn back the forces of bigotry.

Despite their resounding defeat in 1978, in 1994 the forces against LGBTQ equality made another attempt. An Oregon group led by Lon Mabon attempted a statewide initiative in Washington to roll back and restrict LGBTQ rights. Brydon was the key leader in putting together Hands Off Washington, a broad-based organization to fight the initiative. With 22 chapters in cities all across Washington, Hands Off Washington was the first truly statewide LGBTQ rights organization, raising over $1 million to fund a media campaign to convince Washington voters not to sign the anti-LGBTQ initiative petitions. [Editor's note: Bigot Busters independently conducted high-profile, on-the-ground, rapid-response voter education to dissuade voters from signing the petitions. Anti-LGBTQ forces failed to get the necessary signatures, both in 1994 and 1995.]

In 1979 Brydon turned his attention full-time to national LGBTQ efforts, serving for two years as co-executive director of the National Gay Task Force (now renamed the National LGBTQ Task Force) in New York City. At the Task Force, Brydon focused on efforts to get the American Psychiatric Association to end its classification of homosexuality as a mental illness and get the federal government to end its ban on employing Gay and Lesbian people.

Preferring to be a citizen activist rather than a paid staffer, in 1981 Brydon returned to Seattle and opened his own insurance agency. As the owner of a small business, Brydon saw a need for an organization for LGBTQ business owners and professionals, and he helped found the GSBA.

In a letter to the GSBA membership on Brydon's passing, Louise Chernin, the recently retired long-time CEO of the GSBA said: "A founder of most of our early LGBTQ organizations and leader in the fight for LGBTQ equality. Charlie Brydon is considered to be the ffather of the LGBTQ civil rights movement' in Washington State. ...Whether you knew him or not, your life has forever been changed because Charlie Brydon spent most of his adult life fighting for LGBTQ equality."

In 2018, when Brydon's health started to decline, he moved to Oakland, CA, to live with his niece and her wife and their children.

Brydon will be inurned at Lakeview Cemetery, next to his longtime spouse, David White, who died of AIDS in 2003.

Memorial donations may be made in Charlie Brydon's name to the GSBA Scholarship Fund.