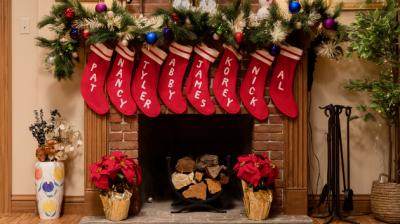 SEATTLE--(BUSINESS WIRE)--(NASDAQ:AMZN) Today, Amazon Music announced The LCD Soundsystem Holiday Special, an innovative virtual event streaming December 22, featuring the band on the heels of their sold-out 20-show residency in Brooklyn. Comedian, actor, and writer Eric Wareheim (Tim & Eric) will direct and star in the special, which also features a star-studded cast including Macaulay Culkin, Christine Ko, and Aparna Nancherla portraying the band in a '90s-inspired sitcom titled All My Friends. Amazon Music invites fans around the world to watch on the Amazon Music channel on Twitch and Prime Video beginning at 6 p.m. PST/9 p.m. EST on December 22.

"At least we finally get to use our Korey puppet."


Named for the 2007 LCD anthem, the All My Friends sitcom is set inside a fictional home shared by all of the members of LCD Soundsystem, with Eric Wareheim playing the band's fearless leader, James Murphy. The cast also includes actors Christine Ko as Nancy Whang (vocals and keyboards), Macaulay Culkin as Pat Mahoney (drums), Tony Cavalero as Nick Millhiser (synth), Cory Loykasek as Al Doyle (guitar and synth), Aparna Nancherla as Abby Echiverri (synth), Jon Daly as Tyler Pope (bass), Rex Lee as Brian Graf (LCD Soundsystem's manager), Luenell as the band's tour manager, and Eric's puppet as Korey Richey (synth). After the sitcom opens the show, the real LCD Soundsystem will take the stage to perform a career-spanning set-capped off with a special rendition of the band's 2015 single, "Christmas Will Break Your Heart," performed live for the first time ever.

"I've already conquered film, James has conquered music, but we have yet to conquer the sitcom—the HIGHEST form of art," said Eric Wareheim. "We've been working on this project for 15 years, and for this show we're unveiling a uniquely emotional perspective of the sitcom universe for the holidays—provided by one of the greatest bands of all time and my dear friends, LCD Soundsystem. I can't believe Amazon Music is letting us do this."

"I am similarly stunned that someone let us do this," said James Murphy. "At least we finally get to use our Korey puppet."

Emerging from New York in the early '00s, LCD Soundsystem released the acclaimed albums LCD Soundsystem, Sound of Silver, and This Is Happening, before playing a 2011 farewell concert at New York's Madison Square Garden immortalized as the recently reissued The Long Goodbye. The band reunited five years later, and in 2017 released their #1-charting fourth album, American Dream, which featured the Best Dance Recording GRAMMY-winning "Tonite." American Dream is available to stream here. The LCD Soundsystem Holiday Special airs on the Amazon Music channel on Twitch and on Prime Video for all Amazon customers globally on December 22 at 6 p.m. PST/9 p.m. EST. The show will also be available only for Prime members to watch on-demand on Prime Video for a limited time.

For a limited time, customers who haven't yet tried Amazon Music Unlimited can get three months free—with unlimited access to more than 75 million songs, ad-free, in the highest-quality streaming audio and millions of podcast episodes.

Amazon Music reimagines music listening by enabling customers to unlock millions of songs and thousands of curated playlists and stations with their voice. Amazon Music provides unlimited access to new releases and classic hits across iOS and Android mobile devices, PC, Mac, Echo, and Alexa-enabled devices including Fire TV and more. With Amazon Music, Prime members have access to ad-free listening of 2 million songs at no additional cost to their membership. Listeners can also enjoy the premium subscription service, Amazon Music Unlimited, which provides access to more than 75 million songs and the latest new releases. Amazon Music Unlimited customers also now have access to the highest-quality listening experience available, with more than 75 million songs available in High Definition (HD), more than 7 million songs in Ultra HD, and a growing catalog of spatial audio. Customers also have free access to an ad-supported selection of top playlists and stations on Amazon Music. All Amazon Music tiers now offer a wide selection of podcasts at no additional cost, and live streaming in partnership with Twitch. Engaging with music and culture has never been more natural, simple, and fun. For more information, visit amazonmusic.com or download the Amazon Music app.